Okay, so I just used the shampoo and the "foam poo" is a no go! It took a lot just to feel like it was doing something. I doubt that it was. Another few notes:

- I was slightly suspicious of having bar soap in my shampoo. I was right, because it left this funky, unpleasant sticky feel to my hair. I had to immediately follow shampooing with my apple cider vinegar rinse just to get my hair feeling somewhat normal again.
-Also, even after all that beating with the whisk, there were still soap shavings in the bottom of the shampoo bottle.
- The yellow food coloring is totally pointless, so why bother? We're trying to get away from dyes in our stuff anyway, right?

So, here is my own updated version of the recipe that makes a lot more sense - at least to me. I might just dump out what I have and start all over again. Such a bummer, especially after that beautiful tutorial I gave you! :-) 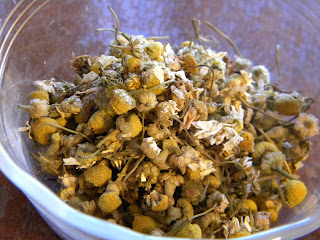 1. Steep the chamomile flowers in the boiling water for 15 minutes.
2. Add the castille soap and glycerin and stir (for goodness sakes, don't BEAT it! haha!) until well combined.
3. Pour into a clean reused shampoo bottle.

I'll let you know when I make my new batch and how the useage goes. It's got to be better than the last one.
Author: Sarah Rachelle

Hope this recipe works better for you! Also, could one just use chamomile tea bags? We often have some anyway (works well in the bath for when Alina has a rash). 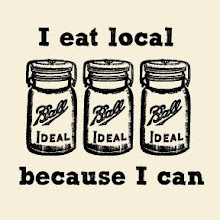 "When one tugs at a single thing in nature, he finds it attached to the rest of the world." ~ John Muir

A little more about Sarah

I have a passion for self-reliance, food from scratch, books, and history. I cook and read a lot! I graduated from Utah State University with a degree in History and a minor in Museum Studies. I've worked in museums since I was 13 and consider them to be an invaluable resource to our communities! My goal is to make history accessible, hands-on, and interesting for everyone, and I hope to eventually create a program/curriculum that I can share with homeschoolers and groups at museums.
My historical interests include: Early 20th century domestic life, the domestic experience of WWI & WWII, and technology that impacted the 1800 - early 1900s American home (the invention of the sewing machine and frozen food for example) or what I like to call "domesticated technology."

Some Goals of Mine